- September 29, 2019
Hi There! Finally finished these, painted as Grenadiers of the Sachsen Gotha Regiment. Hope you like them! 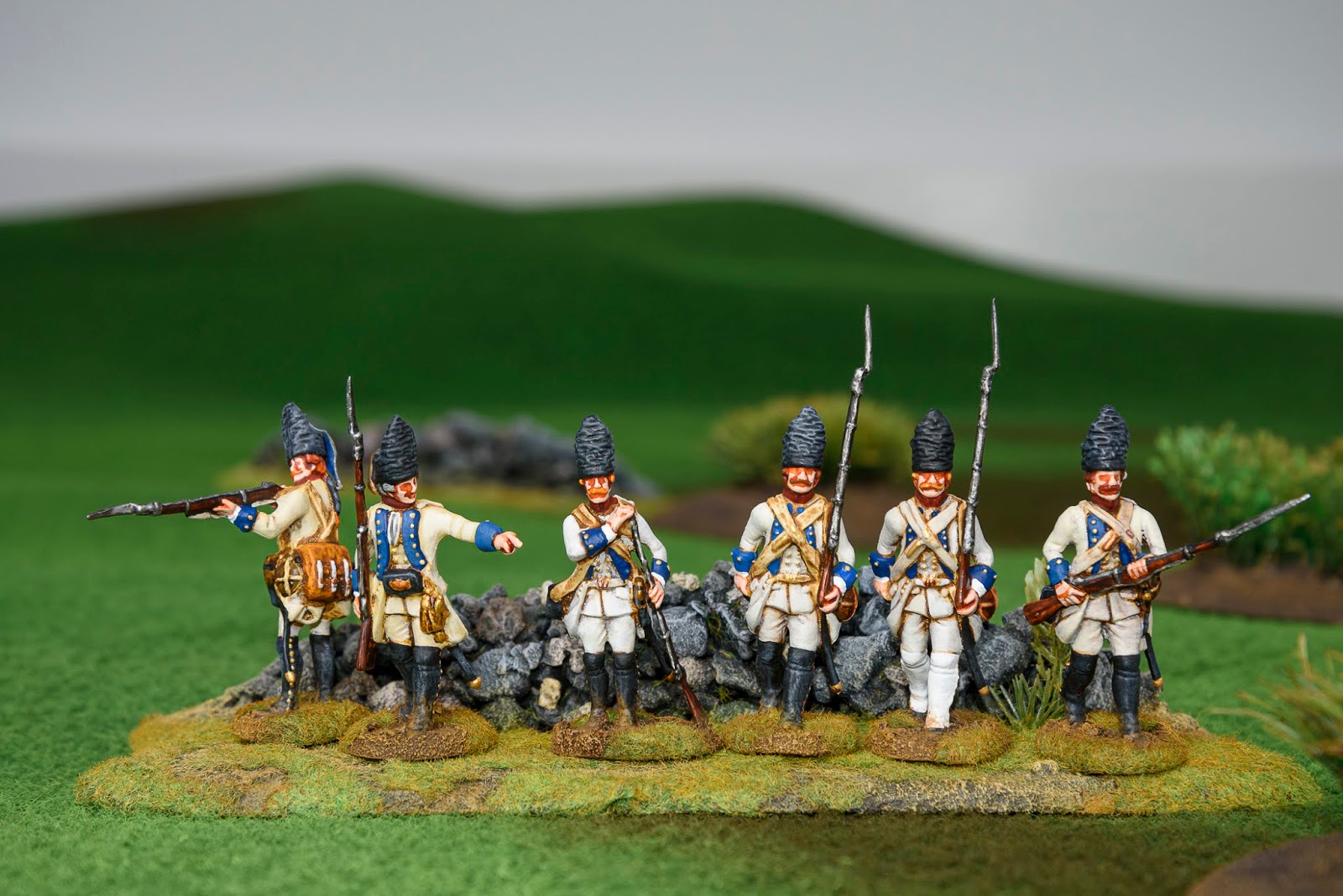 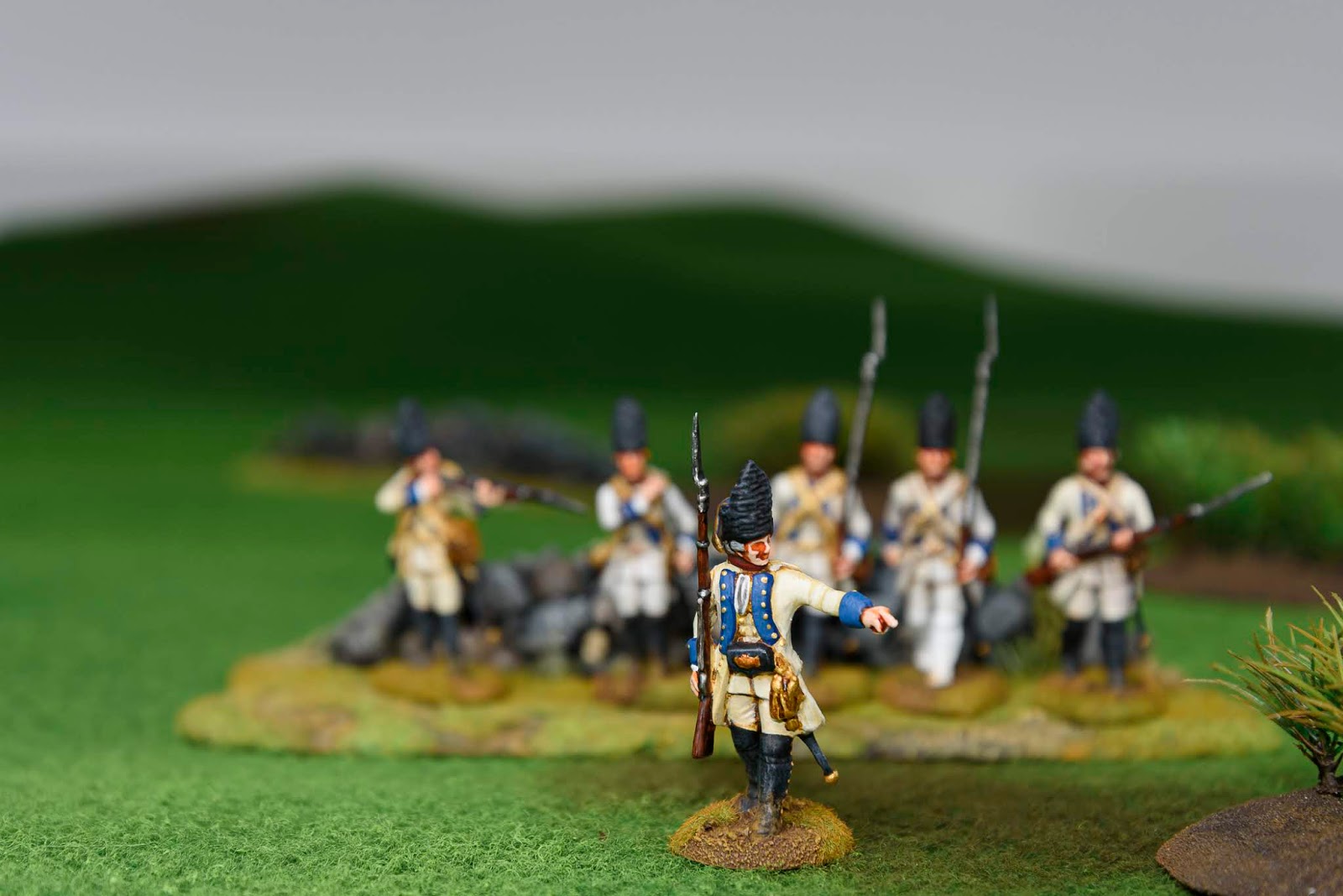 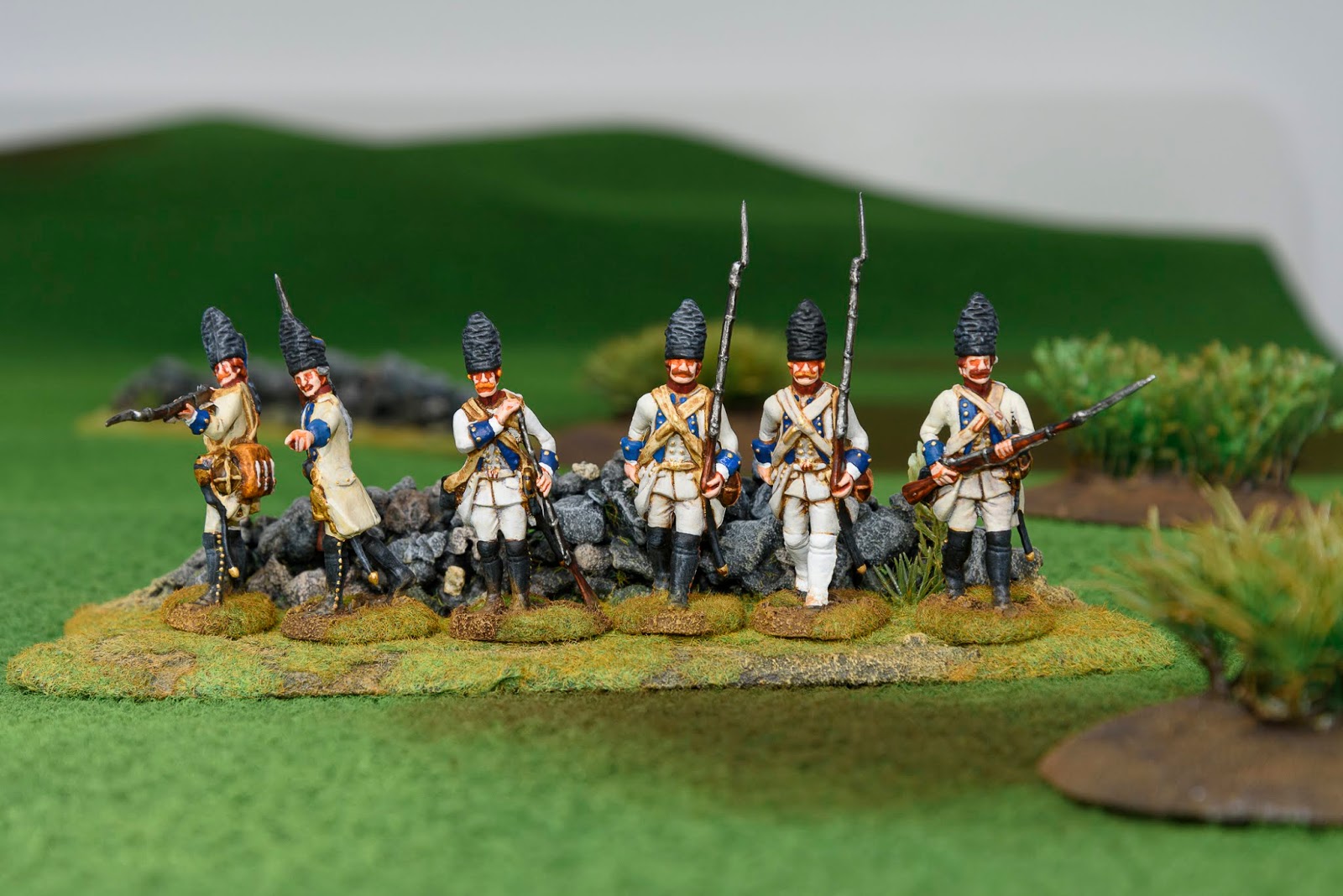 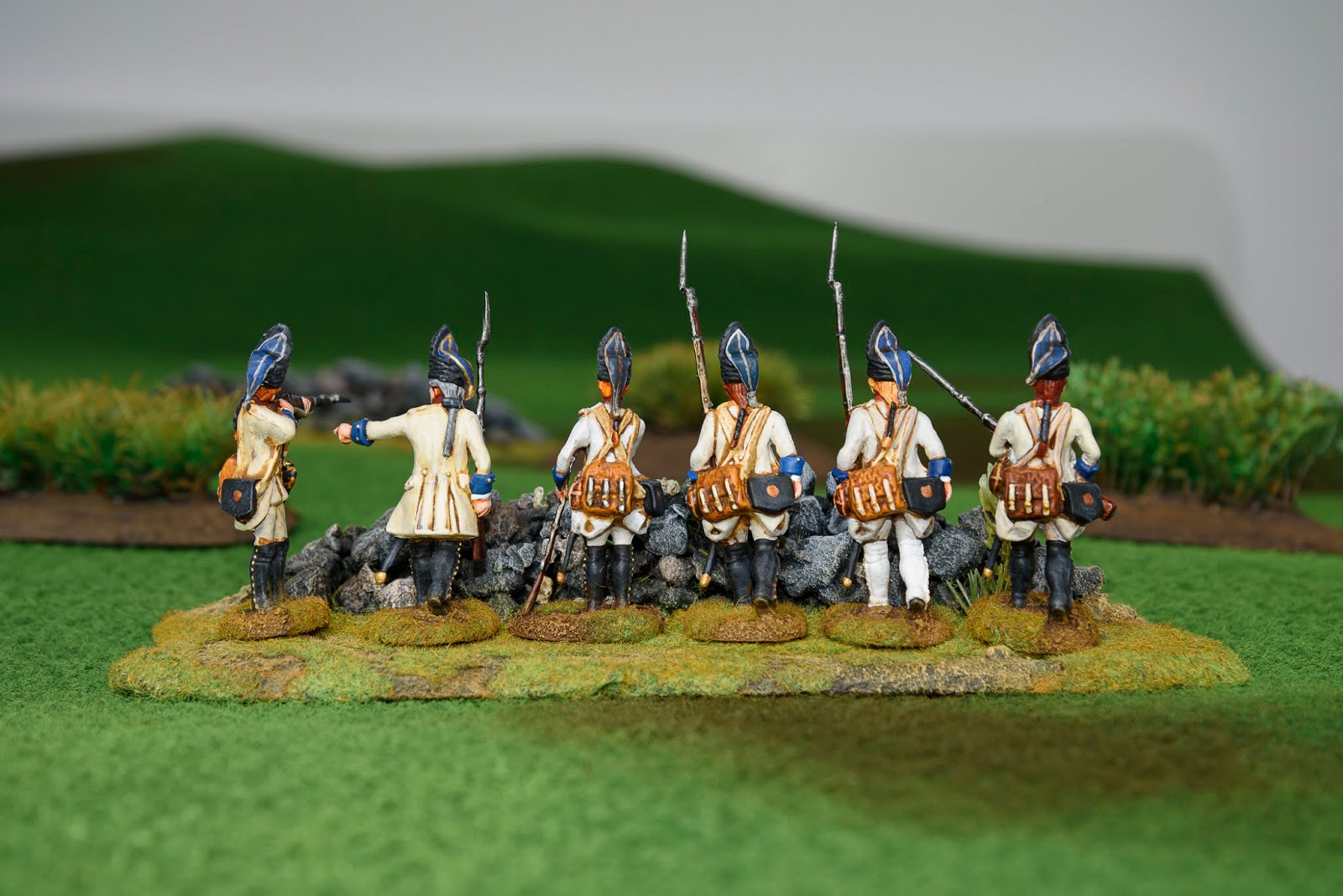 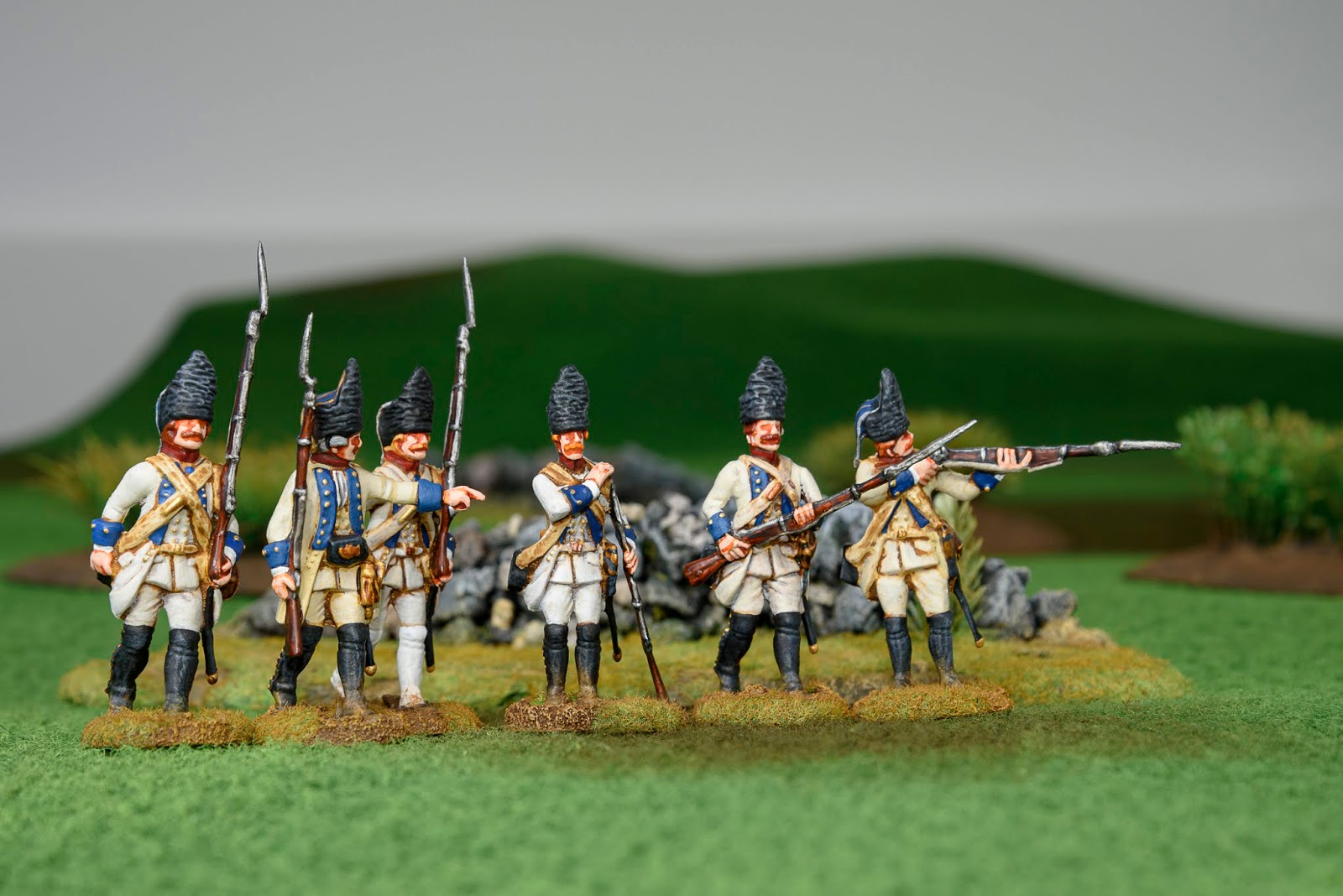 And some more additional images ;-)) 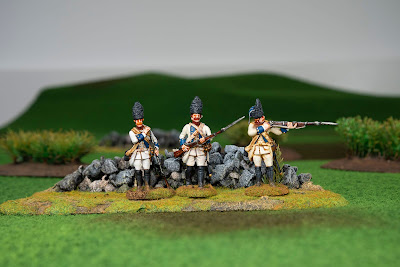 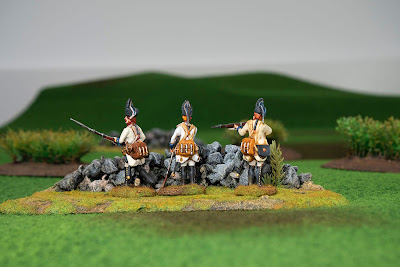 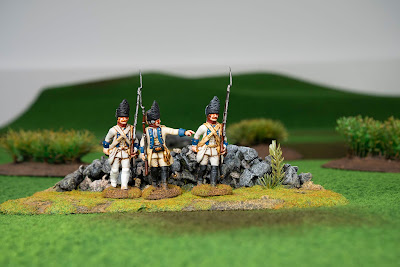 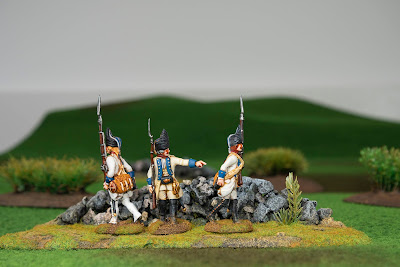 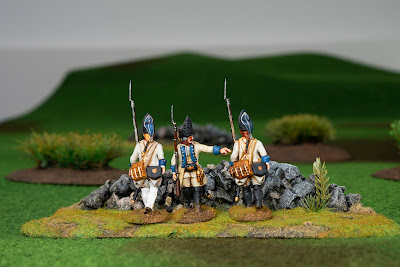 Now I am in a luxurious position...I really feel like picking new sets to paint from my arsenal, but I also don't want to add much more new projects to let others remain unfinished...I am glad I can now return to my beloved Napoleonic era. I have two bigger unfinished projects of which one is a unit of 8 Helmet Soldiers (by Eric Kemp) Horse Grenadiers. I have been working on them for I think about a year now, on and off. They still require some glueing and green stuff-ing haha. Before I can spray paint them. The other is a ''project'' I started in the spring of this year, mainly one of my first Italeri figures I required I think around 2012/2013. It was in my hometown where I bought a small collection of an army veteran who had various A call to Arms and Italeri figures which I bought for super cheap. The bunch included my first Italeri (badly painted) Hussars and also my First Italeri Austrians were amongst them(which I have now repainted). Its the French Horse Artillery set of which I think is always really nice but the heads just did not seem right to me. I enlarged them by adding greenstuff and also left the plumes off to give them I more campaign-style look. I will make up my mind about what's next!
Stay tuned

Popular posts from this blog 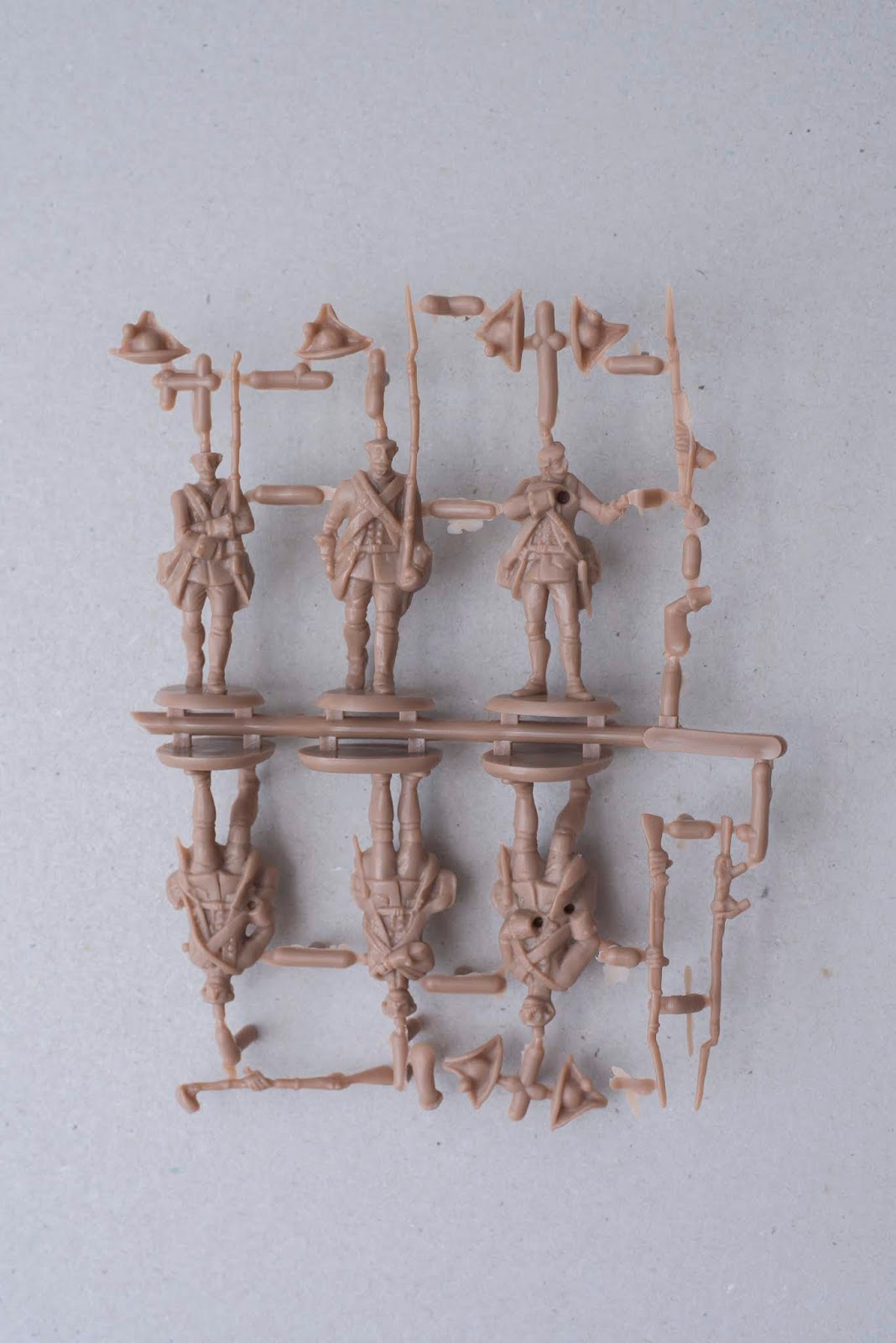 HAT 9329 SYW Austrian Musketeers 1/32 / 54mm TEST SPRUE Yes...Yes! Got these in the mail last week! Really excited about the fact that HAT is reviving their 1/32 or 54mm line! I have been in touch with them of the last couple of years trying to feed them with motivation to keep producing in the for me one true scale! Well enough of that!... Let's get to the figures! I have some pictures of the test sprue for you and some moving images! Last summer in '18 I painted the prototypes for this set, now I received the message if I was interested in painting a test sprue of the Austrians, of course, I was very keen on doing so! So these are the SYW (Seven Years War) Austrian Musketeers, the box will be numbered 9329. The box will include 6 poses and 3 sprues will make 18 figures in total. I also made a way too extended ''unboxing video''; if you don't like to read you can listen to my murmuring and have some visuals here:
Read more
- September 19, 2020

And finally the pictures of the Chasseurs based and ready for battle! I used mainly tufts of Gamers Grass which are my favourites!
Read more

I am so excited, and I just can't hide it! Received in the mail plus extensive review! HaT 1/32 Napoleonic Austrian Command 9328 test sprue! 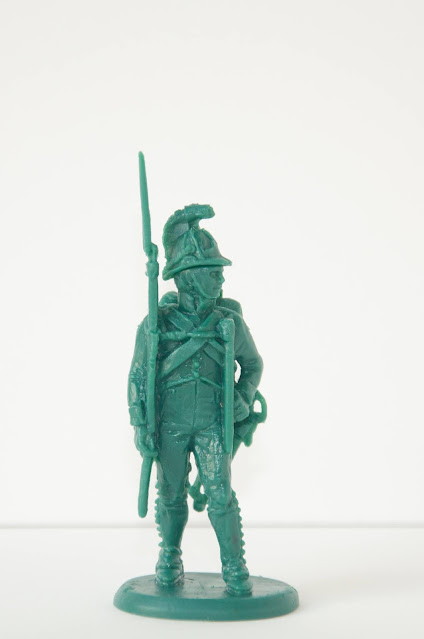 Hi there!    Last week I received the HaT Napoleonic 1/32 Austrian Command set 9328 TEST SPRUE! I am thrilled to share this with you! Disclaimer this is not the actual set, it is not released yet. This is a sprue produced to test the mould. After ten years of waiting, I cannot express how I felt to actually see and physically hold these Napoleonic Austrians by HAT that are so desired by many of us including me.  The scale of the figures is great, the detail is great, the headgear options are great and so easy to put on and off! I will be buying loads of these as I am focusing on the 1809 campaign, this command set will also function well for my hordes of Italeri and replicants Austrians!  A Marching and Action set will if all goes well also be released!   Enjoy these pictures and let me know what you think!  -Stan  NCO without headgear to show the pin system, the headgear pieces fit really well on the heads and require very little work.  I look forward to all the possibilities HAT offe
Read more